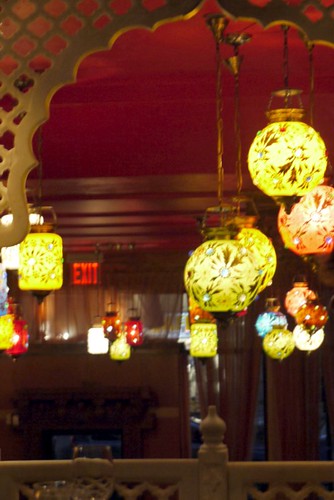 Think about the most delicious Indian cuisine that you have ever had.  Then you will have an inkling of my dinner at Devi, the only Indian restaurant in the U.S. to have earned a Michelin star. I was invited to Devi (along with several other writers) as a guest of Disney in celebration of their upcoming 16th annual Epcot International Food & Wine Festival.

Disney reps had taped a video with Suvir Saran, chef and owner of Devi, earlier in the day, because he is one of the celebrity chefs who are being featured at this year’s festival. During the evening’s intimate dinner, we talked a bit about the festival as Suvir graciously hosted the five courses that were accompanied by five different wines.  Take a peek at two of my favorite dishes:

(Whoever said that I needed to give squash a second chance was right. This butternut squash was amazing.) 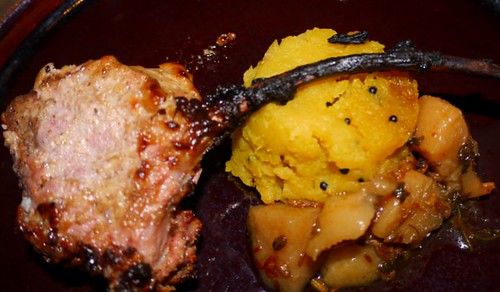 (This lamb chop was so tender that I could cut it with a butter knife!)

The meal that I enjoyed was just a small teaser for the Epcot Food and Wine Festival. I actually attended one of the Epcot Food and Wine Festivals back in 2008 and it was fabulous. It really was like a foodie paradise.  There was a wide variety of food and drinks presented by Disney and celebrity chefs from around the world as well as music and entertainment.  At this year’s festival, which will be held from September 30th – November 13th, Hawaiian and Caribbean options are going be added to the menu. (I love Caribbean food! Oh how I wish that I could justify going to Disney twice in one year, but sadly I cannot.)  HGTV is even going to be doing a series of home entertaining seminars there. In any event, if you are going to be in Florida during the 45 days of the festival, you will not want to miss it.  You can find more information at www.disneyworld.com/foodandwine.

(On another note, I received a recipe book featuring top picks from past Epcot Food & Wine festivals.  I gave it to Felicia – who does the FCM dessert column – and I think that we will all be enjoying a bread pudding recipe soon.  I’m also working on getting an Indian recipe (or two) from one of Disney’s top restaurants to share with you…)

Thanks so much to Disney and Suvir for such an amazing dining experience!