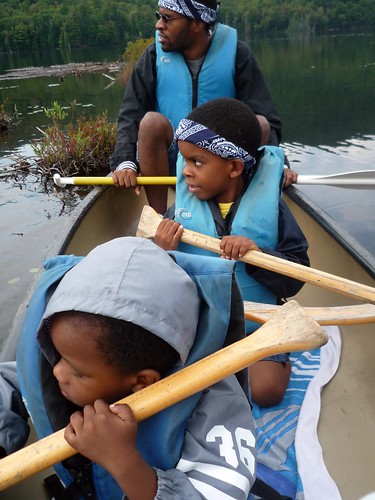 I was right! Usually, I don’t like to gloat, because no one likes an “I told you so” type of person (as I tell my kids).  However, I’m going to indulge this time.  See, I have been trying to encourage my guys to go camping for a while.  I just thought that it would be great for my city guys to get in touch with nature/stand in awe of creation. I love the city, but sometimes it is nice to get away from the hustle and bustle of it all.  Initially, my guys were not having it at all.  Bugs and dirt held no appeal.  Slowly but surely, I wore them down and they agreed to go camping with me at least one night before the end of the summer. Yay!

To seal the deal, I accepted some of The North Face camping gear from my friend Jessica.  We had worked together when she used to do PR for Microsoft’s Kinect. She had emailed me about doing something with North Face where she now works on the exact same day that Sean had said, “I want to go camping.” (He was the first to cave in…) Serendipity. In any event, The North Face has been focusing on getting kids – especially urban ones – to be outdoors with their families. Well, I wanted my urban family to get outdoors, so it was a great fit.  Once the tent and sleeping bags arrived, I was confident that we would go.

All was going well and then all of a sudden, the guys decided that they didn’t want to go camping after all. Well, it wasn’t really “all of a sudden”.  It kind of happened after we were playing a family game one night and one of the questions was, “Have you ever been camping in a tent?” When I answered, “no”, they looked at me in shock.  For the record, I had never told them that I had gone camping in a tent.  I just said that I had been camping in the past. (I had…I had just slept in a cabin!) Uh-oh…they lost their confidence in me being their guide. “We have to go. We already accepted the gear!” I protested. They agreed, but they were definitely no longer happy about the prospect.

Camp work (the three that I administered this summer) picked up, so I put the family camping on the back burner. I would cross that bridge at the end of August when my camps were over. However, “serendipity” smiled on me again.  A PR rep from Camp Orenda, a guided camp experience site in the Adirondacks, reached out to me and invited my family to be their guest for a couple of nights at the end of August. Double yay!  I promptly forwarded the email to my husband Reggie.  Since he and the kids no longer trusted me to be their camping guide, we could go with an actual guide…and we could still sleep in a tent!  That is exactly what we did and it was FABULOUS.  My city guys went hiking, fishing and canoeing. They learned how to start a fire and to pitch a tent. The food was wonderful (more about that later) and we were lulled to sleep by a babbling creek each night.  My most favorite part of the trip was stargazing. One night, we walked to a clearing in the woods and looked up.  The sky was pitch black but it was lit up with what looked like a blanket of stars. It was awe-inspiring. I was squealing and jumping up and down with excitement. I love New York City but the bright lights of the city pale in comparison to the light of the stars in the Adirondacks.  Best of all, Reggie, Michael and Sean LOVED camping.  In fact, I had to drag them away…they just wanted to start one more fire.  As a family, we decided that this was the perfect way to end the summer and we have already planned to return (on our own dime) next season.  While camping is not for everyone, this was definitely one of my favorite family vacations ever! 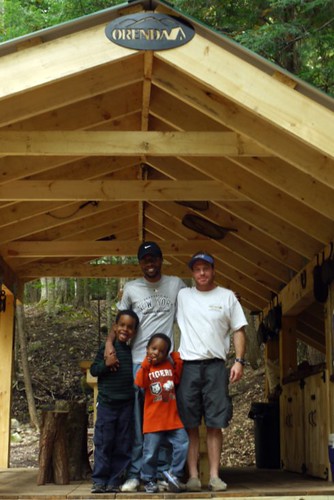 This week, I will be doing four more posts about our camping experience.

As we left, David Webb, our Camp Orenda guide, sent us home with some of the extra produce from the locals. One zucchini was enough for five different dishes(?!) Next week, I will share some of the things that I prepared.  The great thing is that my family really enjoys zucchini.  The not so great thing is that I don’t think that we can look at another one for at least a month … too much of a good thing is still too much!