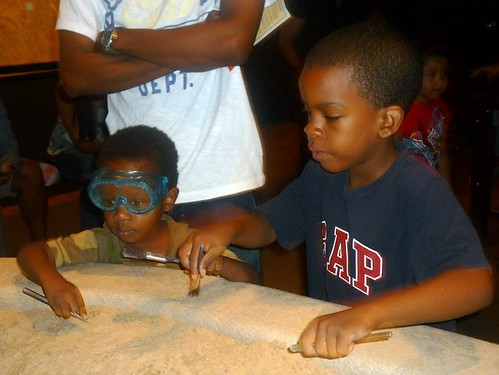 As part of the Coleman’s Summer of Fun, we went to our favorite museum, the American Museum of Natural History, to see The World’s Largest Dinosaurs exhibit. The boys were especially excited about the Dinosaur Dig section.

To our surprise, it was another interactive exhibit, Brain: The Inside Story, that we kept talking about for days afterward.  There were so many neat portions that we could have stayed there for hours. Exploring the senses, putting together a replica of a human brain, practicing saying words in a variety of languages and reading braille were just some of the things that we did. 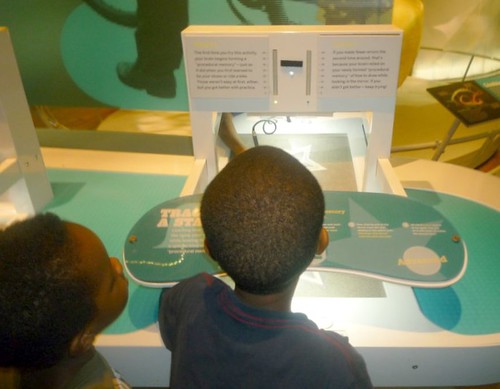 Personally, the “Chunk These Numbers” portion of the exhibit had the biggest impact on me. Normally, I have a pretty bad memory…especially when it comes to numbers.  (That is why I always have a pen and paper around to jot down notes!)  However, I can still remember the numbers from this exhibit a week later.  Here’s what helped…

Chunking is a trick that lets you stretch your short term memory.  Basically, you group multiple things (like numbers) together so that you can remember them as one thing.

This is how I “chunked” the numbers together mentally to remember them as a whole:

That’s neat, right?  Try it with this (or another) set of numbers.  Let me know how you “chunked”…