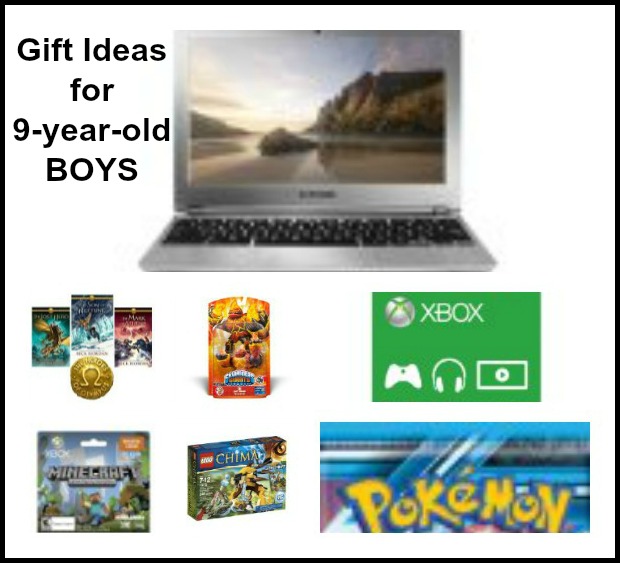 Yesterday was Michael’s birthday. I can hardly believe that my son is nine already (?!). As he likes to remind me, “I made you ‘Mom in the City’”. Okaaay. Anyway, he doesn’t really like for me to write personal stories about him online anymore, so I will just say that I’m really proud of him. Michael is smart, funny and compassionate. He also has a strong sense of justice and boundaries. I’m just SO happy to be his mom!

Michael doesn’t mind me sharing about the things that he likes though. Since so many readers ask me for different gift suggestion ideas, below are the 9 things that Michael asked to receive for his 9th birthday. (He didn’t get all of them, but he was happy because one of the gifts that he did receive was a computer. He really wanted that.) 1. An item from the NYC NBA store
Michael likes watching basketball with his dad. If your son enjoys watching or playing a sport, consider some type of sports item as a gift.

*2. Computer
Michael wanted a computer so badly! If this were the only gift that he had received, he would have been thrilled. There are so many computer options out there, but we ended up choosing the Samsung Chromebook

. I will write a separate post about choosing a first computer. It was such an interesting experience.)

*4. – 5. Rick Riordan’s Heroes of Olympus series:The Son of Neptune and The Mark of Athena

Rick Riordan’s books are so great. After completing the Percy Jackson & the Olympians

series, Michael now knows more than I do about Greek mythology. He already had the first book (Heroes of Olympus) from this series so he just needed the other two.

I mentioned the boys’ renewed fascination with all things Pokemon in last year’s 8 Top Video Games holiday gift guide post. Pokemon cards are hot right now. I see the little boys at my son’s school talking about and trading them all of the time.

8. Minecraft for PC/Mac
Michael and his friends really likes creating things on Minecraft. He talks my ears off about the different areas and such. We didn’t get this gift for him, because he already received the Minecraft: Xbox 360 Edition

for Christmas. I have a feeling that he will end up buying it with his own money!

While gaming can be a solitary pursuit, Xbox LIVE gold membership makes it social and collaborative. Michael uses it to stay connected with his little gamer friends. They can talk to each other…and I can talk to their parents! They can also play the same games together while in their separate homes. (I think that you can do that with the Wii also, but for some reason that option isn’t very popular with my son’s friends yet.) Anyway, our subscription was running out at the end of the month, so we were going to renew it anyway. We will just let Michael think that it was an extra gift though… 🙂

So those are the things that were on (now) 9-year-old Michael’s wish list. We bought him the starred ones…which were more than enough. If you have a young man in your life, what are some of his favorite things? Please let me know in the comments because I still have several more gift shopping trips for his friends’ birthdays!

{Images (except for the one with Michael) are courtesy of my Amazon affiliate partner.}